I wrote this many years ago....before blogging was even a thought :) But my sister's first comment on my blog brought the memories flooding back so I thought I'd share! The time period is my first home and garden....I was new at gardening....All I had was a small side yard I gardened in...and it was the love of my life...some of my greatest moments in a garden were there!  So here ya go! 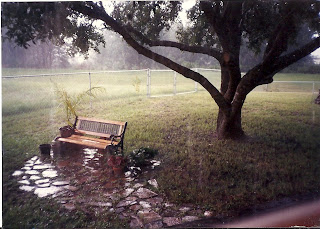 I’m not sure where my love of gardening began. Possibly from the need to grow something from my childhood that kept me still attached to those memories. Or maybe the desire was always there and that just got me started as an adult. As a child, the only gardening that happened at our home was my father rooting and rerooting different houseplants on the back porch. He must have been way more toleranat than I remember, because I once took cuttings from all his plants and set up my own makeshift nursery in my bedroom. Making a total mess of the carpet. When I was discovered, I thought for sure he’d be furious, but instead he was very supportive, I don’t know but maybe he liked that I was interested in a hobby that he seemed to love so much himself. Than there was the time he planted Sweet potatoes bordering the pool decking, he of course grew them for the attractive vine that flourished here in Central Florida, I on the other hand was totally into the harvest. I dug up each and every tuber I could could get my 9 year old hands on. That led to my first vegatable patch and a small Strawberry plot behind the house. I was all that! Little miss farmer, or at least I thought I was.  I watched those strawberries everyday, so when I saw one half eaten one day, my heart broke. I immediately went into action. That hand painted “Poisinous Berries” sign went up that same day! Little did I know at the time that, a bug had been the perpetrader, and not some little kid from down the street, like I had imagined.  But the real passion that brought all those childhood feelings back, was the desire to grow Butterflies. 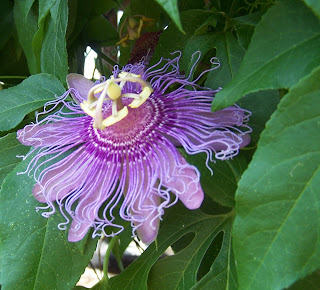 You see my parents had gotten a Purple Passion Vine plant from my Aunt one year. They planted it on the ouside of the screen enclosure to the pool. In one season the entire enclosure would be covered with this incredible vine. I used to pick the purple flowers and float them in the pool. Dozens of them at a time, it was beautiful. The Gulf fritilary butterlies and catepillars were a part of the landscape, and as a child I just took for granted they were always there. Every year as the frost would top kill the vine, we’d pull it down off the screen and then in Spring the magic started all over again. It was about the third year into that my parents realized how invasive this vine could be and soon began the useless effort of erradicating the vine from the premises. I believe that continued for many years. My sister  bought the family home when my parents retired and moved into something smaller. She was determined to remove it once and for all. Thankfully by this time I had a home of my own and was just beginning my first garden on the side yard. I slipped over and dug up a couple of small sproutings, brought them home and placed them on my own fence, knowing very well that one day I may regret this decision, but that desire to have those butterflies back was strong enough to persuade me to go ahead. Though the vine still sprouted at the family home they had managed to keep it enough in check that the butterflies were no longer around. 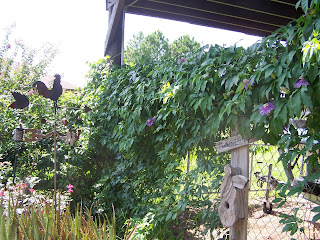 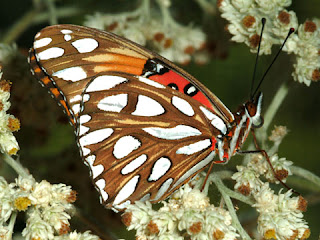 I was so excited to be planting it, I had visions of masses of vine clambering along the fence. Of course I failed to tell my husband that this perticular vine ran, you know, about every three or four feet a new vine would sprout up all over the yard. You see Dave, likes a manicured yard, nice and neat. Boxwood type of gardening. Formal, you would call it. I on the other hand could see flowers and more flowers everywhere. Because he liked the idea of a vine growing on the fence he didn’t object, I mean how threatening are two little six inch sprigs freshly dug out of the ground. But, that first year my little

passion vines never became lush and beautiful as I had anticipated. Just weeks into growth, I saw my first Gulf frittilary butterfly zooming around my yard. Now understand that our home is surrounded by undeveloped lots consisting of pines, oaks and a billion palmettos. Yet this lone butterfly was able to find my flowerless sprig of passion vine. She then laid her little eggs and was off. The catepillars kept those sprigs from getting no higher than about a foot tall that hot summer, and not one flower the whole year. By the next spring my own garden had some bones of it’s own, and the season was beautiful. My vines started popping up here and there, from the runners the first years sprigs had sent out. I got my first flower that year, and I’m sure we had several dozens of  frittilary concieved , hatched, and metamorphized right there in that small garden. I had learned the secret to butterfly gardening in Florida. Plant the right host plant and they will come. God made nature a wonder that way. He just sends them where they need to be and gives them all they need.  Now five years later, on any given day, even in the middle of winter (isn’t Florida great that way) there is a fritillary butterfly darting this way and that way in search of flowers, or a place to lay her eggs.
Posted by janine at 6:42 PM

Beautiful as you my sister!! Everytime I see a purple passion flower I think of home. Glad you shared! XOXO

Janine ~ First of all thank you for visiting my blog and becoming a follower.

The passion vine is one of my very favorite bloomers here at Plum Cottage gardens. We have two different kinds and lots of frittilaries and lots of zebras.

Another plant they love and hummingbirds too is hamelia paten.

It is a real pleasure to visit another FL garden and to learn about what does well for you.

Have a wonderful 2012 filled with many blessings.

Thanks so much for leaving a comment! I do love my passion vine!!!! We also get lots of Frits here, but just one Zebra longwing thus far....though I did witness egg laying as she stayed around for a few days!!! So I'm hopeful to single handedly repopulate this area of central FL....LOL... I enjoy Plum cottage garden immensely...thanks for stopping by mine :) 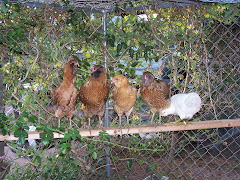 Keep ur head down Ethel.... 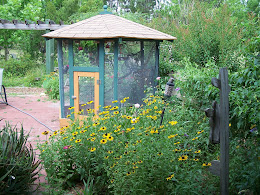 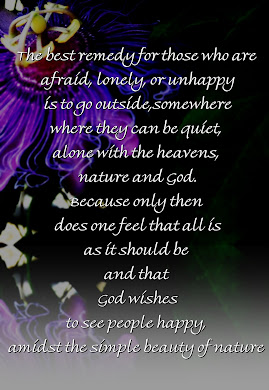 Who says we don't have Fall colors!

Word of the day!

janine
Central Florida, United States
I am a mother of three, married to my high school sweetheart...I enjoy the simple things in life...it takes little to make me happy! A fresh rose bud, a newborn chick....It's the little things I am most Thankful for!

What flower are you?

I hope you will watch as the garden grows...I will focus on native plantings, working with "nature" instead of against it, all of which add up to low maintenance plantings! (I Hope) I am a naturalist by heart, and to be quite honest a lazy gardener! so.....Please enjoy watching our mini backyard farm grow from concept to reality as we give birth to the Rabbit Hutch and colony, and continue to grow, home improvements and all!....I will enjoy journaling here myself and watching as my family changes the little piece of Earth that God has loaned to us!